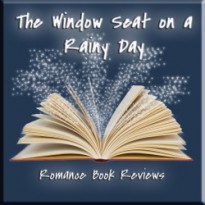 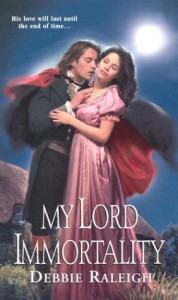 The 3rd book in the series, previously released in December of 2003, continues the fight of Drake Ramone, a vampire with a black heart who is trying to destroy the veil between the Vampire and human worlds. Nefri, the greatest of all vampires, erected the veil some 200 years earlier because vampires began to succumb to bloodlust, preying on humans and often killing them. With the help of a Medallion, Nephri found a way to separate the two worlds and keep the peace. The vampire community became philosophers and students, except for a few. They wanted to go back to the old ways, were determined to find the Medallion, rent the veil and rule over the mortals and vampires alike. The only one left of the original three who fought for this was Drake and an unseen orchestrator. The other two were killed trying to seize parts of the Medallion that was split in 3 parts and given by Nephri to 3 mortal women for safekeeping. She sent a vampire as guardian to each woman who had a piece of the Medallion. The mortal Drake was currently seeking, was Amelia Hadwell.

Amelia left her Mayfair home where she lived with her parents. She left when they decided to have her grown brother placed in Bedlam. Now she and her “slow” brother William were on their own! She loved taking care of him, but simple things like keeping him in the house at night, instead of out searching for cats, was proving a monumental task. Lately there had been quite a few ladies of the evening murdered and it would be easy for someone to place the blame on a person who couldn’t defend himself. Her job was to protect him. William was continuously getting himself and Amelia into sticky situations in his quest to find cats, but lately they were always saved by the staid Sebastian St. Ives, a seemingly self-appointed guardian of Amelia.


For the full review, please go to http://www.thewindowseat13.com/2012/12/alexandra-ivy-my-lord-immortality.html
Tweet